It is known that some iodine-containing drugs have pleiotropic effects on the body’s immune response. The immune system can both inhibit and activate the production of pro-inflammatory and antiinflammatory cytokines in response to stimuli. Those properties can be valuable when developing drugs for various purposes as well as for evaluating their safety. Key regulatory cytokines that can be involved in the response to iodine are IL-4 and IFN-γ. Therefore, relation of those cytokines is often regarded as a marker when evaluating cellular and humoral immunity, including allergies. Studies of an allergic response to iodine give conflicting results. Difficulties in interpreting results are usually associated with the fact that molecular iodine is not able to cause an allergic reaction on its own. However, by acting as a hapten, iodine is capable of forming bounds with the body’s proteins and consequently can induce immune response toiodinated proteins. Thus, by studying production of IL-4 and IFN-γ we can characterize effects of new iodine coordination compound on some components of the immunity. This paper presents the results of our study, where we evaluated cytotoxicity and the ability to induce production of IL-4 and IFN-γ cytokinesby MDCK (Madin-Darby canine kidney cells) and PBMN (mononuclear cells from peripheral blood) after treatment with a new coordinated compound (KC). KC is a drug that contains a multiple polymer complex comprising of molecular iodine coordinated by lithium and potassium halides, di- and tri-peptides andα-dextrin. An induction of IFN-γ was only detected in PBMN cells treated at concentrations close to 50% cytotoxic concentration (СС50), which can be interpreted as a cytotoxic effect. In vivo study showed the absence of irritating effect on the skin of tested animals. Treatment had no impact on the body weight of rabbits. Results of this study add new knowledge to the influence of iodine complexes on immunity. 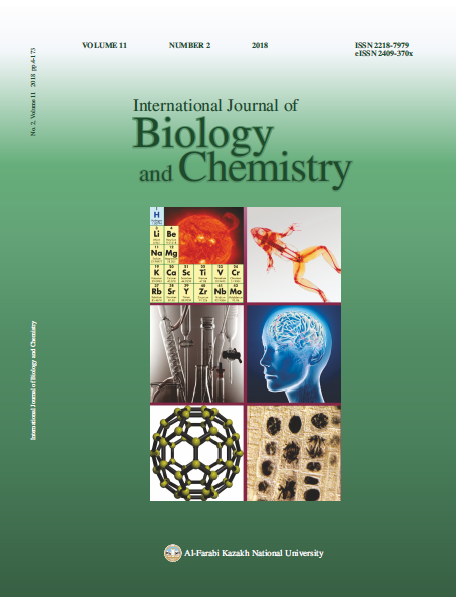